Galactooligosaccharides are well-known functional food ingredients with prebiotic properties. Recent trend for the use of galactooligosaccharides in the food industry leads the search for new enzymes for their production. α-Galactosidase from Aspergillus fumigatus IMI 385708, possessing a highly efficient debranching ability on polymeric substrates, is also able to perform transgalactosylation. In this study, recombinant α-galactosidase produced by Aspergillus sojae Ta1 was purified 18.7-fold using anion exchange and hydrophobic interaction chromatography with an overall yield of 56% and 64.7 U/mg protein specific activity. The Vmax and Km values for the hydrolysis of pNPGal were 78 U/mg protein and 0.45 mM, respectively. Optimum pH (pH 4.5) and temperatures (50-60°C) for recombinant α-galactosidase activity were determined. For the synthesis of oligosaccharides, purified and characterized recombinant α-galactosidase was used in the transgalactosylation of various mono- and disaccharides using pNPGal (p-nitrophenyl-α-D-galactopyranoside) as galactose donor. Di- and trisaccharides obtained by transgalactosylation were analysed by TLC, ESI-MS, and HPLC analysis. Among 12 acceptor candidates, α-galactosidase transgalactosylated galactose, glucose, mannose, cellobiose, lactose, maltose, and sucrose efficiently, however, did not transgalactosylate xylose, arabinose, fucose, fructose, and melibiose. 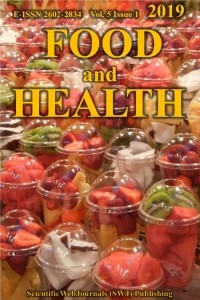