Use of Excel in food science 2: Non-linear regression

Nonlinear regression is often required in order to define experimental data with mathematical models in food science. Although there are many non-linear models in Excel by default, Excel linearizes them and applies linear regression to the data instead of nonlinear regression. However, it is possible to apply non-linear regression by using the “Solver” tool in Excel. The objective of this study was to show how to apply non-linear regression to experimental data by using the Solver tool in Excel. For this purpose, non-linear models having two, three and four parameters, were applied to three different data sets using Solver, respectively. In the first example, the change of the violaxanthin pigment in green olives with respect to time was described using the exponential model, and in the second example, the heat inactivation of Escherichia coli was tried to be explained with a three-parameter non-linear model. In our last example, the growth of Listeria monocytogenes was again described by a non-linear model, while the goodness-of-fit indices were calculated together with the model parameters. The only disadvantage of the Solver tool was that it cannot calculate parameter values along with the standard errors or confidence intervals. Apart from that, there was no difference between shareware used for non-linear regression. It is considered that this study would be beneficial for many researchers having Excel installed in their computers but without other sharewares and working in the field of food engineering or food science. 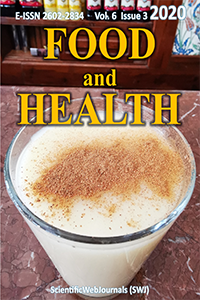