Fermentation is an important process for improvement of functional properties of food product. It is also one of the most effective methods for reducing phytic acid content. Tarhana production contains 7 day fermentation by yoghurt bacteria with and without bakers’ yeast. In this study, wheat flour used in tarhana preparation was replaced with different cereal flours (barley, rye and oat), legume flours (chickpea, common bean and lentil) and cereal bran (rye, oat and barley) at 50%, 50% and 25% levels, respectively. All types of flour and bran addition increased the ash and mineral content compared to the control, and the highest ash, calcium, iron, magnesium and zinc content was determined with rye flour addition. After fermentation process, the lowest phytic acid content was found with 50 % barley flour addition. The mean of phytic acid loss after fermentation changed between 90.91% and 94.31% and the lowest phytic acid losses were found with oat and rye bran addition. Tarhana samples produced with yeast had higher mean values for mineral matter, total phenolic content and antioxidant capacity on the other hand gave less appreciation by the panelists. According to general acceptability; the most popular tarhana samples after control was rye flour tarhana sample. 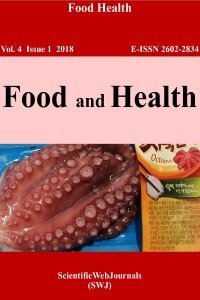