It was aimed to evaluate the effects of different ingredients on total antioxidant status (TAS) and total oxidant status (TOS) of the brewed Brazil mild roasted coffee. Sugar, sucralose, butter, coconut-oil, animal and plant-based milk types were added and milk types&sweeteners were combined separately. TAS and TOS were measured and oxidative stress indice (OSI) was calculated. TAS value of coffee with whole milk was the highest among all coffee types. TOS values of coffee with soy milk, with soy milk+sugar and soy milk+sucralose were lower than all other coffee types. When compared to OSI values, coffee with soy milk, with soy milk+sugar and soy milk+sucralose had the lowest OSI values among all coffee types. Moreover, addition of coconut-oil to coffee samples increased the TOS and OSI values of coffees. While the TOS and OSI of the sugar and sucralose addition were found higher in comparison to plain coffee; TOS and OSI of the sucralose addition was lower than those sugar combinations. In conclusion, the OSI of the coffee may change depending on the alterations of chemical structures and nutritional matrices by the added ingredients. The addition of soy milk or sucralose instead of sugar or whole cow milk instead of oil-based ingredients could be a promising strategy of reducing the oxidative capacity. 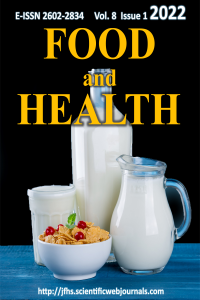