A1 Milk and Beta-casomorphin-7

Milk is composed of water, proteins, lipids, lactose, vitamins, and minerals. More than 80% of most mammals’ milk proteins are constituted by caseins. Casein is a group of proteins and they are sub-divided into αs1-, αs2-, β- and β-casein families. Among these casein families, -casein is the second most abundant protein. Different mutations in the cow milk β-casein gene led to 12 genetic variants and most common of these are genetic variants A1 and A2. The A1 and A2 variants differ only at amino acid position 67, which is histidine in A1 or proline in A2 milk. This difference in amino acid sequence suggests a conformational change in the secondary structure of the expressed β-casein. Milk that contains A1 β-casein and A2 β-casein are known as A1 milk and A2 milk, respectively. A1 β-casein milk releases an amino acid bioactive peptide called beta-casomorphin-7 (βCM-7) in small intestine. Beta-casomorphin-7 released from A1 β-casein is responsible for many human disorders like type-1 diabetes, autism, schizophrenia, alzheimer’s disease (AD), attention deficit hyperactivity disorder (ADHD), multiple sclerosis (MS) and heart diseases. 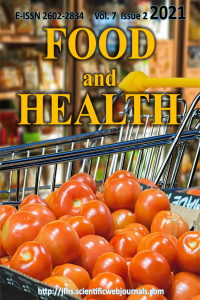