In this study, it was aimed to investigate the effect of chemometric techniques on the detection of some fatty acids in crude maize oil by UV-Vis spectroscopy. In the study, oleic acid, linoleic acid, total polyunsaturated fatty acids and total polyunsaturated fatty acids were determined on the oil samples of 50 different maize genotypes. The absorbance values ​​(190-320 nm) of the same oil samples were recorded using a UV-Vis spectrophotometer. Prediction models were constructed according to Partial Least Squares Regression (PLS), and Multiple Linear Regression (MLR) methods using raw and smoothed spectral data. In these models, full spectrum (between 200-300 nm), selected wavelengths with SPA-MLR and selected wavelengths with CARS-PLS were used. Modeling studies were performed using libPLS and SPA packages in Matlab 7.0 and six separate models were developed for each dependent variable. Results showed that the estimation power increases significantly with the selection of the effective wavelengths and smoothing the spectral data in the generated models. As a result, it has been understood that the content of fatty acids in maize oil can be reliably detected by using UV-Vis spectroscopy using effective wavelength selection methods. 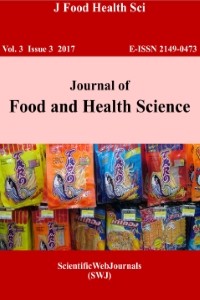